The audio video installation that started life as Augmented Terrain premiered at Artshouse in Melbourne during July 2016. I have been working as Producer on this project with artists Josephine Starrs and Leon Cmielewski over the last 2 years. The name and the earth sighed is the final title of the work and reflects that this piece aims to give a voice to the environment and landscape.

In an immersive audiovisual installation that re-imagines the relationship between nature and culture, Starrs and Cmielewski configure the land itself as active, not neutral, and able to speak about our human impacts upon it.

Using imagery captured by drones, detailed aerial views of Australian landscapes and waterways are dynamically manipulated in ways that reveal their underlying fragility; while Alex Davies’ surround-soundscape invites contemplation of the impact of climate change on natural ecologies.

and the earth sighed had its world premiere at Arthouse Melbourne from July 7-12 as part of the Performing Climates event. 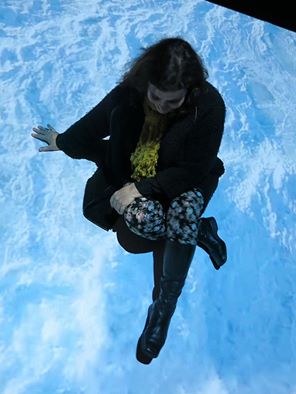